Negotiation
Networking and Interviewing
Planning and Strategy
Resume and Marketing Tools
You've Got The Job Now What?

Face Your Fear and NETWORK! 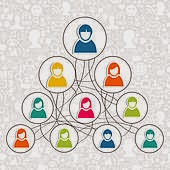 "Networking:  Do I have to?" asks the reluctant job seeker.

Yes you do if you want to find a better job quicker!

If you dread the idea of going up to strangers whose paths you cross and striking up a conversation, you are far from alone.  Many, if not most folks - if the truth were told - dread the idea.  They’d rather have a root canal.

However, the truth is that many, if not most, opportunities are found through networking.  These wonderful positions never see the light of an advertisement.  If they do, it is often late in the process, meaning many suitable candidates have already made the hiring employer aware of them and their capabilities.

The Hidden Market
These unadvertised (or late-in-the-game advertised) positions are found in what is called -- and aptly so --  the Hidden Market.  It is the employment market that is accessed through people and it is the market where some of the best positions reside.

It gets easier
Networking can be a little intimidating when you first begin.  But, as many of my clients tell me, it gets easier as they network more and more.  A bonus is meeting new and interesting people, as well as reconnecting with past contacts, and that increases your own valuable network.

The Open Market - A slow process
Sure, it is still possible to find a job by sitting at your computer for hours, if not days, on end, applying for 100's if not 1000's of jobs that you find on the Open Market and hoping one of them will get back to you.  It is an avenue to a new job, but it is a choice that generally results in a long, long, long search.  It is a slow process.

Or you can choose to network.  Networking speeds things up.  Adding networking to your daily routine uncovers positions faster  --  before they are openly advertised, or in many cases, never openly advertised.

Face your fear and NETWORK!
So, if networking is a scary thing, face your fear, bite the bullet, and do it anyway.  There are many benefits to be gained from networking, and it just might help you find your dream job!